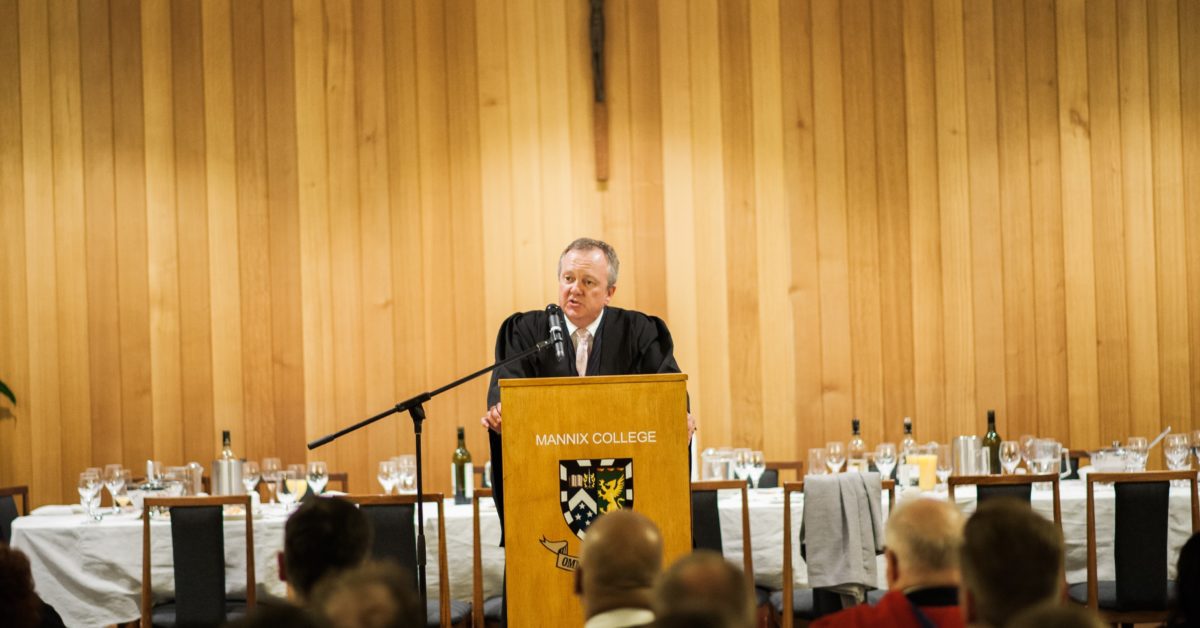 The rise of social media over the past decade has been detrimental to many aspects of our community. Our legal system is no exception.

Justice Richard Niall QC, a judge of the Supreme Court of Appeal, addressed the relationship between our courts and social media in the annual Newman Lecture.

With over 25 years’ experience in the legal profession, ranging from being a lawyer to the Solicitor-General, Niall asserts whilst social media presents risks to the traditional values of our courts, there are ‘ultimately more opportunities than there are challenges.’

Since 1981, the Newman Lecture series has been a major annual event on the College calendar. The series provides a prominent Australia the opportunity to share his or her views on aspects of our society- with past topics discussing cultural, political, moral and religious life.

Addressing the media’s role in our courts

Niall says there are 3 values critical to the successful operation of our courts. These values include the exercise of public power, court’s need to be both accountable and independent, and lastly, the courts’ interaction with social media.

The lecture opened a discussion about the future of our justice system due to focusing on modern society’s interaction with the media has.

Throughout the night, Niall mentioned three main issues that have arose due to the dominance of social media in today’s society. Social media risks undermining the decision-making process, it is a popular medium for public criticism of judges’ decisions, and it has turned local court issues into global debates.

Niall makes a point of accentuating the need to examine both the positives and the negatives of social media. While it ‘challenges the way courts make decisions and their authority’ in the community, it further facilitates communication between our courts and the community.

Following on from this point, the relationship between an open courtroom and educating the public is an important discussion point in regards to the Australian legal system.

With most of our cases being tried in open court, there are ‘no secrets and no mysteries’ about the ins and outs of the decision-making process- open courtroom creates an environment that ‘favours balance and reason.’

The rise of social media

Niall states that the media is a primary a means for accessing information about the world around us. But further, it is a medium responsible for enforcing accountability and educating our community.

Enabling the public access to information about not just final decisions, but why these decisions have been reached, gives us the ability to ‘understand the decisions that are at play in the case, without the filter applied by the media.’

The need to educate the public is paramount in the activities of the court. With this is in mind, the Supreme Court of Australia has launched its own podcast series, Gertie’s Law.

With ‘over 120,000 downloads…in 117 countries,’ Gertie’s Law has been a popular tool in provideing a deeper insight into misunderstood or complex areas of the Court’s work. The podcast has covered topics ranging from mental health to sentencing to the criminal trial process.

Concluding with an optimistic tone, Niall says ‘we will see how [the repercussions of social media] unfolds’ in the years to come.